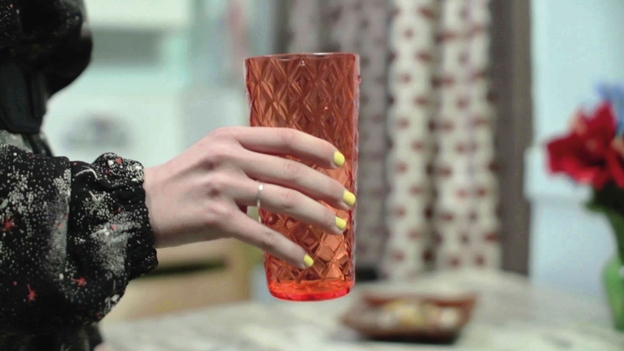 From Wednesday 8th to Sunday 19th of October, the 58th BFI London Film Festival will play host to a staggering 248 film titles in various venues spread across the Metropolis. For those of us not monomaniacally obsessed with any one particular genre (marked loosely by the different festival strands), or not interested exclusively in the Gala or mainstream offerings, or not clued in on all the buzz of the international festival circuit, the task of picking what to see can be daunting, if not entirely aleatoric.

So LWLies have decided to canvass some expert opinion on this disparate programme – from the programmers themselves. Of course, as official LFF selectors, these individuals have already collectively vetted and approved each and every LFF title. So the menu below does not necessarily comprise the ‘top picks’ or ‘number one’ films of the Festival – rather, think of it as a guide to titles that should be seen but, amid all the pre-Festival sound and fury, might all too easily be overlooked.

Kate Taylor on Ellie Lumme + The Princess of France (Dare)

Hands down foxiest films in the festival, The Princess of France and Ellie Lumme both have a flirtation at their core, starting with twentysomethings tumbling through a could-be romantic encounter. While divergent in style and outcome, both then go on to create formal puzzles to be unravelled, rewarding audiences who like to experience their cinema by instinct as well as intellect.

Argentinian Matías Piñeiro is swiftly building a reputation as one of the freshest voices in contemporary cinema, with his Shakespearean riffs (Viola, Rosalinda) spinning out the love lives of the hip young things of Buenos Aires. Mixing dream sequences and repetitions, the inter-group passions run into each other in a tangle that is pure pleasure to behold.

Edward Lawrenson on The Creator of the Jungle (Debate)

Approaching them, the woodlands near the Catalan village of Agrelaguer can’t have promised much. But in the early 1990s if you’d taken the dirt track near the busy motorway that led to the forest, you’d have come across the remarkable subject of Jordi Morató’s documentary. It was here, over the course of a number of years, that a middle-aged local known as Garrell built, almost entirely by hand, an ambitious complex of tree-houses, curved, covered mazes and elevated walkways that stood proudly among the rivers and trees like a mini-village. A local teenager called Alex befriended the older man, and together they concocted Tarzan fantasies, with Garrell in a home-made loin-cloth playing the title role, filmed by his disciple on his family camcorder.

Morató’s film is, initially, as unassuming as the forest exterior of Garrell’s lifework: it begins with Alex’s grainy camcorder footage from 20 years back of Garrell fooling around in his jungle playground. But soon Garrell’s exploits become wilder, a neo-primitive blend of Jackass and Werner Herzog, and we’re left breathless by the old man’s tireless sense of play and boundless creativity. As we catch up with Garrell a decade on, by which time Garrell has been acclaimed one of Europe’s leading outsider artists, and, in a poignant coda, find out what’s become of him today, the film builds into a beguiling, sophisticated, and deeply moving, investigation into the impulse to make art and rejuvenating effect of messing about in the woods.

Michael Blyth on It Follows (Cult)

It seemed an unlikely move for David Robert Mitchell to follow up his lo-fi indie charmer The Myth of the American Sleepover with a full blown horror film. It seemed even more unlikely that the horror film in question would prove to be such a masterful exercise in dread and suspense, complete with enough psychosexual subtext to keep film scholars awake all night. But with this dazzling U-turn, Mitchell has produced not just the finest horror movie of the year, but probably the best that this decade has so far had to offer. Searingly smart and profoundly unnerving, this is seriously accomplished filmmaking.

Few genres are habitually more flaccid than the sex comedy. From grim British ’70s nudge-nudge-wank-wank Confessions series to the glut of ’80s US offenders (Porky’s, Zapped! and co.), the vast majority mistake sexist for sexy, gross-out for daring and are about as erotic as Peter Stringfellow’s thong drawer. Thank The Little Death, then, a smart, slinky, outrageously funny new entry from Down Under for pumping new life into a knackered venture. In a series of linked vignettes set amongst a group of well-to-do, sexually frustrated Sydney couples, writer-director-star Josh Lawson dives head first into taboos both broad (role play) and genuinely risqué (somnophilia, even rape fantasy). It should flop, but Lawson and his ballsy cast expertly judge the tricky tonal shifts and milk every single comic set-piece – including a brilliant episode with a deaf client calling a sex chat line – to its max. There’s also a winning tenderness here that humanises the desperation running through its characters’ desires, without sterilizing it. As sex comedies go, it’s a gasp of fresh air.

One of the hidden gems in the programme for me this year is Honeytrap, the feature debut of writer-director Rebecca Johnson. It is British indie filmmaking with real heart and sincerity that wears its grassroots origins with pride, and is all the more impressive for it. Johnson’s story is set in Brixton and is a welcome, female oriented addition to the too often male dominated filmic discourse around the lure of London gang affiliations, and the status and identity that they provide. Basing her story on some real life cases, she worked closely and collaboratively with young actors from the local area to finesse her script and really get to grips with the hyper-masculine and image obsessed world that her central character, Layla (Jessica Sula) has to navigate. Johnson’s approach adds a warmth to this grittiness, working with cinematographer Annemarie Lean-Vercoe (Everyday, Wreckers) to bathe the film in warm golden tones and treating her young subjects with a respect that dismantles some of the tropes associated with the genre of ‘urban drama’. Young black girls rarely get depicted as richly as this in British cinema, and it is testament to Johnson and her team that they have drawn such a vivid portrait on such a small budget.

Cédric Kahn’s Wild Life is an utterly brilliant, morally complex film about idealism and parenting.  Photographed with a real urgency and natural beauty, the film is based on a real life custody battle between traveller parents which resulted in the father absconding with the his sons to live on the run from police, off the grid for a decade. Mathieu Kassovitz delivers a feverishly compelling performance as a father so passionately committed to his anti-consumerist ideals that he keeps the boys from their mother, essentially imprisoning them, as he tries to provide a life of freedom and connection to nature.

Stuart Brown on The Possibilities Are Endless (Documentary Competition)

In 2005 Edwyn Collins, singer songwriter and former frontman of celebrated and influential Scottish post punk band Orange Juice, suffered a massive hemorrhagic stroke that destroyed his memory and power of speech and left him in hospital for six months. The Possibilities Are Endless tells Edwyn’s story by capturing his overwhelming re-entry into the world, charting his determined, heroic effort to recover and painting a sensitive and moving portrait of a truly extraordinary man.

Despite the potency of Edwyn’s story, directors James Hall and Edward Lovelace (known collectively as D.A.R.Y.L. for their work in commercials and music videos) made a decision not to make a conventional documentary, instead employing cinema’s potential to create a film that is poetic and emotive. With subject matter so sensitive the directors would have been forgiven for presenting the story in a straightforward form, but instead we find a film that is part abstract, part dramatic re-enactment (Edwyn’s son is cast as the young Edwyn and Yasmin Paige appears as Edwyn’s wife Grace), and part meditative documentary. It’s a risk that pays off – the cinematic flourish and leaning towards film as art enhance the power of the story and give us a glimpse of Edwyn’s emotional journey back from the brink.

This entry was posted on October 1, 2014 by rantbit in Uncategorized and tagged Ellie Lumme, Honeytrap, It Follows, LFF, London Film Festival, LWLies, Programmers, The Creator of the Jungle, The Little Death, The Possibilities Are Endless, The Princess of France, Wild Life.